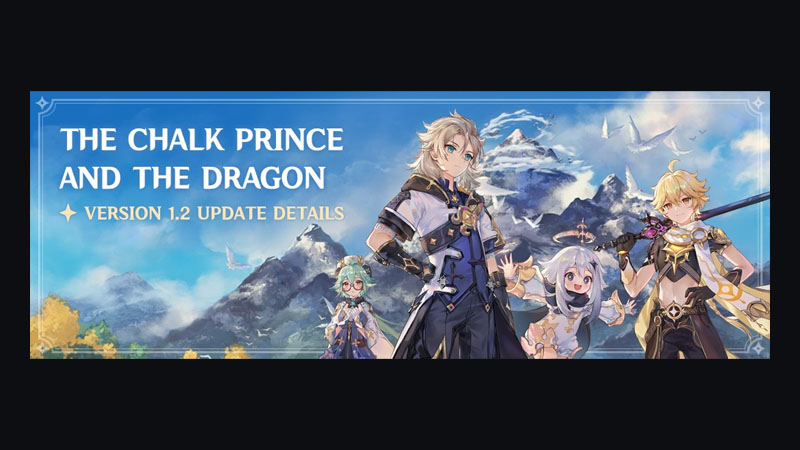 Genshin Impact 1.2 adds the new Dragonspine area to the game along with new characters Albedo and Ganyu, new Cryo and Hydro artifact sets and changes to the Spiral Abyss floors 9-12.

Complete patch notes as per official announcement below.

Heed its desire and collect Crimson Agate throughout the mountain!

The event wish “Secretum Secretorum” will be available from after the Version 1.2 update until 2021-01-12 15:59:59. During this time, the event-exclusive 5-Star character “Kreideprinz” Albedo (Geo) will get a huge drop-rate boost!

*The character “Plenilune Gaze” Ganyu (Cryo) will appear in a subsequent event wish.

Challenge the brand new Domain of Blessing “Peak of Vindagnyr” in Dragonspine and obtain artifacts in the aforementioned sets.

Version Main Event — “The Chalk Prince and the Dragon”

If not for Sucrose, no one would have known that Albedo is hiding a great secret — one that involves a mysterious unknown sword and a mountain entombed in ice for millennia… Onwards and upwards, Traveler! In spite of the bitter cold…

Event Rules: Original Resin is not required to enter this event. Complete the Archon Quest Prologue: Act II “For a Tomorrow Without Tears” and Albedo’s Story Quest “Princeps Cretaceus Chapter” to access the event “The Chalk Prince and the Dragon.”

During the event, Travelers can obtain the free sword “Festering Desire,” which has magical power. Complete various challenges in Dragonspine to obtain Essences, which can be redeemed for items in the Event Shop.

After the Version 1.2 update, Travelers who meet the Returnee Eligibility conditions can activate the “Stellar Reunion” returnee event for the opportunity to get the 4-star weapon Prototype Rancour (Sword), Primogems, Fragile Resin, and other rewards.

Event Duration: For 14 days after the “Stellar Reunion” event is activated.

Must meet the following conditions:

※ The refresh times above are based on the time of the server you play on.

The Chief Alchemist of the Knights of Favonius devotes his energies to exploring the secrets of the world and the life within it.

The limitless horizons of knowledge should not be limited to Teyvat. But even the best researchers in the seven nations struggle to collect samples of life from “beyond” for their reference.

—— Perhaps the one who has come from far beyond the skies is the ideal subject for his observation?

New World Quests in Dragonspine: “In the Mountains,” “The Festering Fang,” “The Great Mountain Survey,” “A Land Entombed,” “Lost in the Snow,” and “Ah, Fresh Meat!”

*Complete “Ah, Fresh Meat!” to obtain the recipe for Goulash. Eating this hearty dish slightly reduces the rate of Sheer Cold’s accumulation for all party members for a period of time.

*The Story Quest “Fishing for Jade” will also become available at a later date.

Complete these quests to obtain Mora, Character EXP Materials, and other rewards! 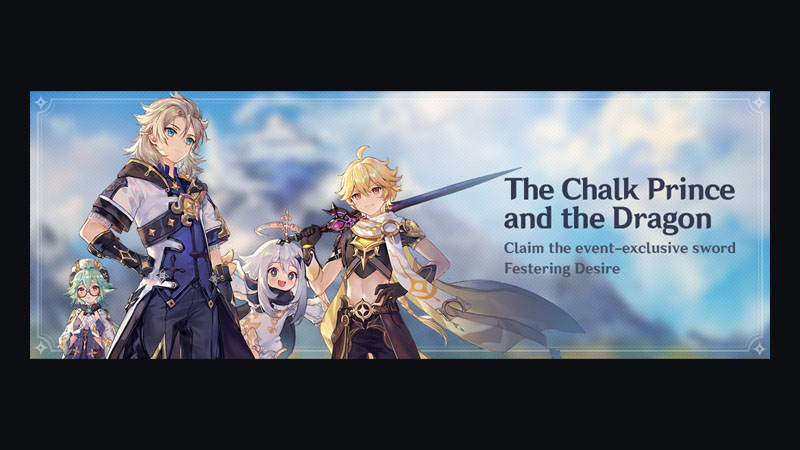 The Chalk Prince and The Dragon Event