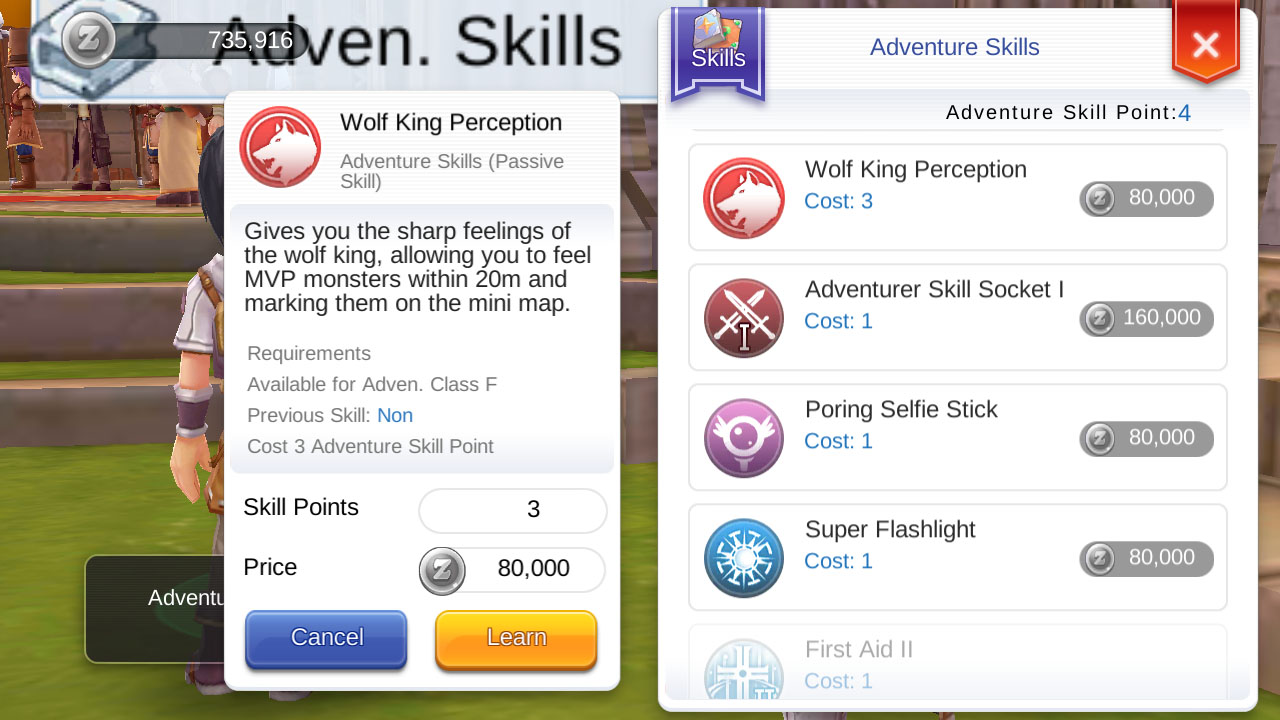 Unlock Adventure Rank F. Get adventure skill Wolf King Perception to see MVP monsters on your mini-map. You’ll need this to have any chance of getting those sought after MVP boss rewards.

Req: Adventurer Level 10
Head to the top part of Prontera and speak to Kakaro. Go purchase the ghost camera adventure skill from the Adventure Skill NPC next to Kakaro. It will set you back 30,000 zeny but you will need it to complete the upcoming quest.

Kakaro will tell you to go speak with Steven Rhine in Izlude. You can find him on the right side of Izlude Island. Steven will give you a series of quests, each time you complete a quest you will have to go speak to Steven again to activate the next (Sigh… time to spend those butterfly wings):

After completing the final quest, speak to Steven one last time and he will tell you to go back to Kakaro … Head back to Prontera and Kakaro will promote you to Adventurer Rank F.

Congratulations on Adventurer Rank F! You can now purchase Wolf King Perception Adventure Skill for 80,000 zeny. It will reveal MVP monsters on your mini map within 20m.

There’s also an adventure skill called “Adventurer Skill Socket I”. Do not mistake this for an auto skill slot (You get your next Auto Skill Slot at Adventurer Rank D). This skill instead adds another set of manual skill slots which can be useful when manually playing classes with numerous useful skills. In essence the additional skill bar is used to access skills that would otherwise not fit on your single bar of 6 equipped skills. In the early stages it would be a total waste of your precious 160,000 zeny. 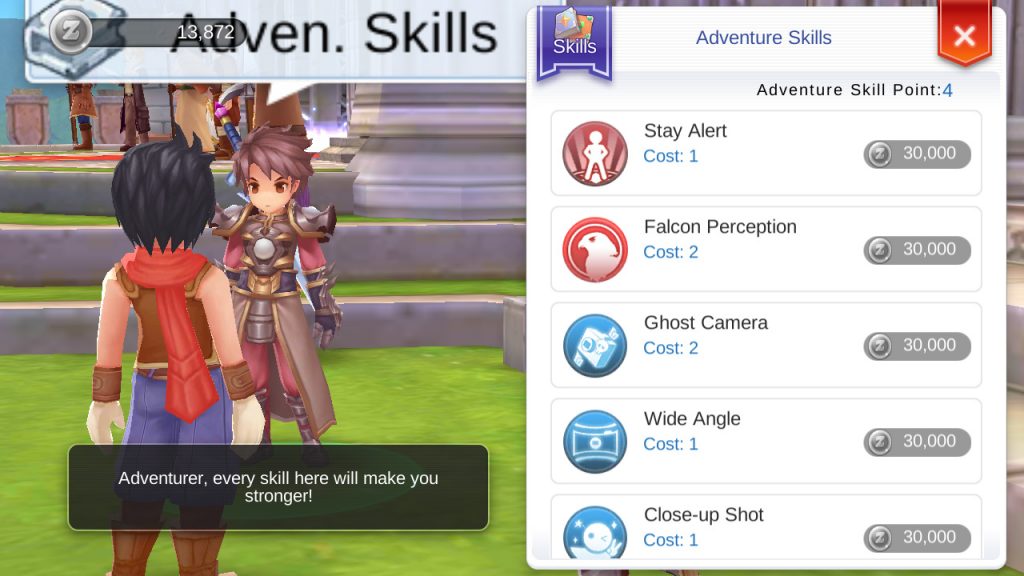 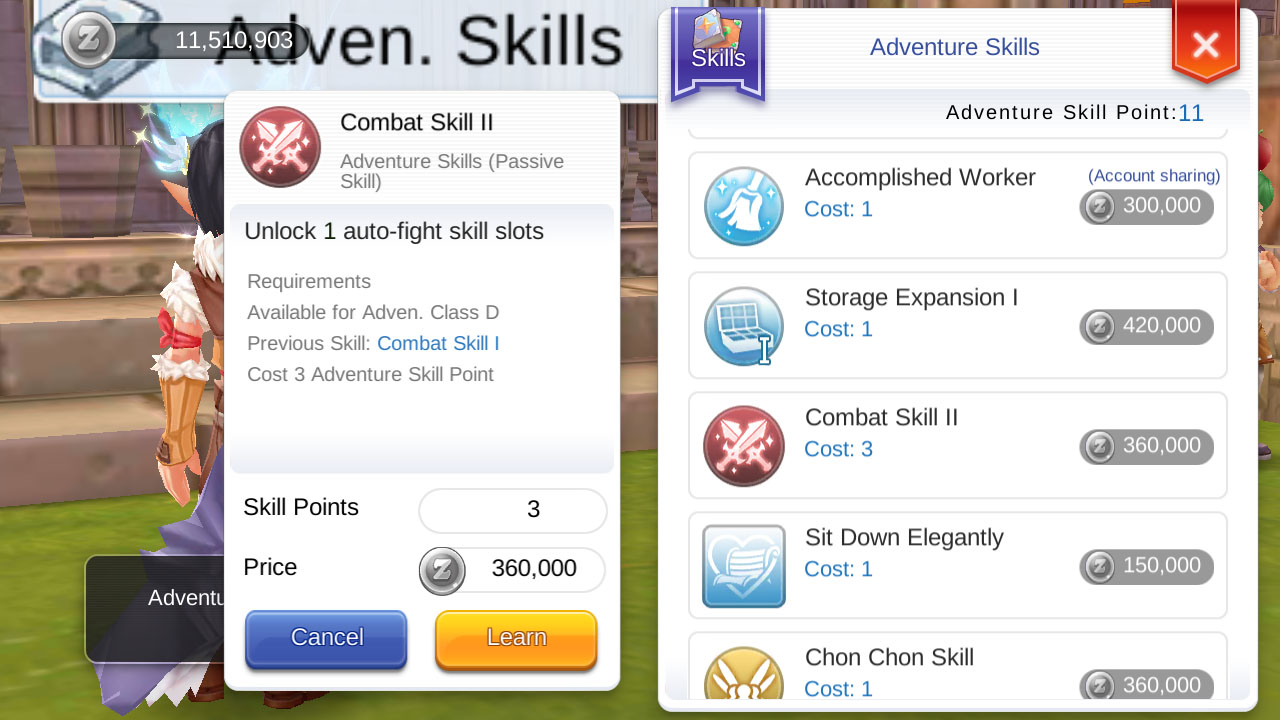 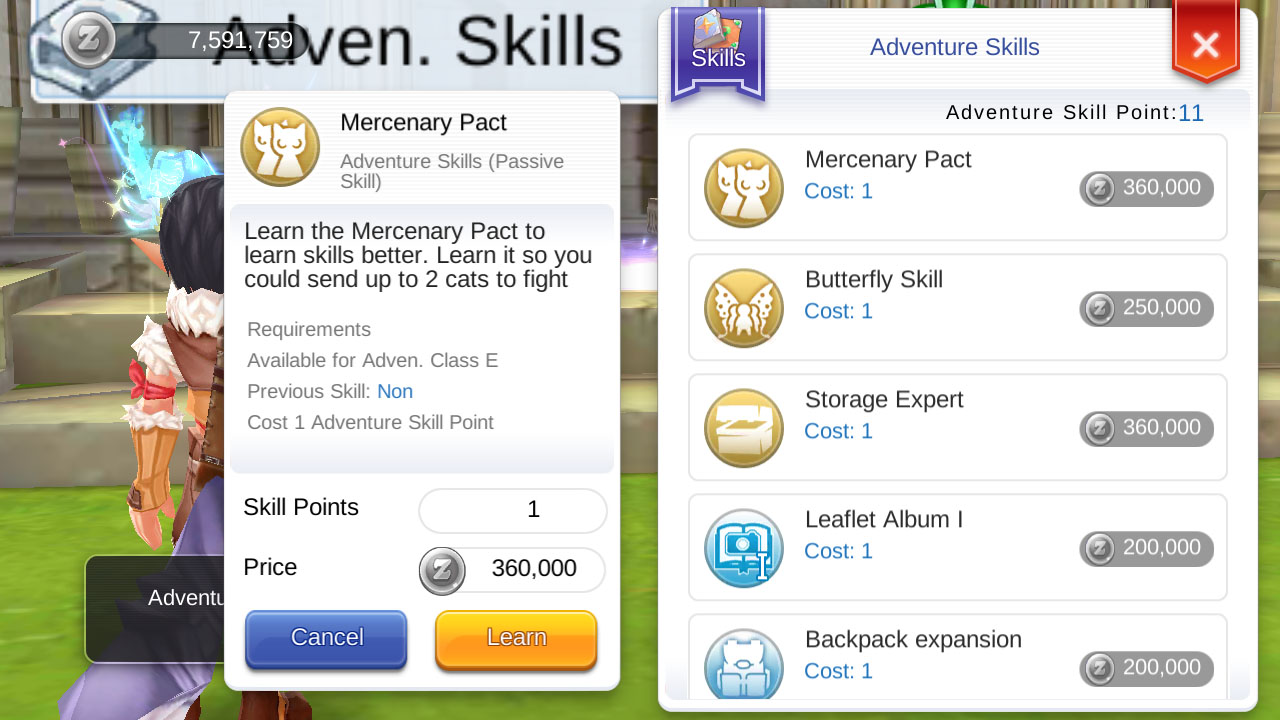 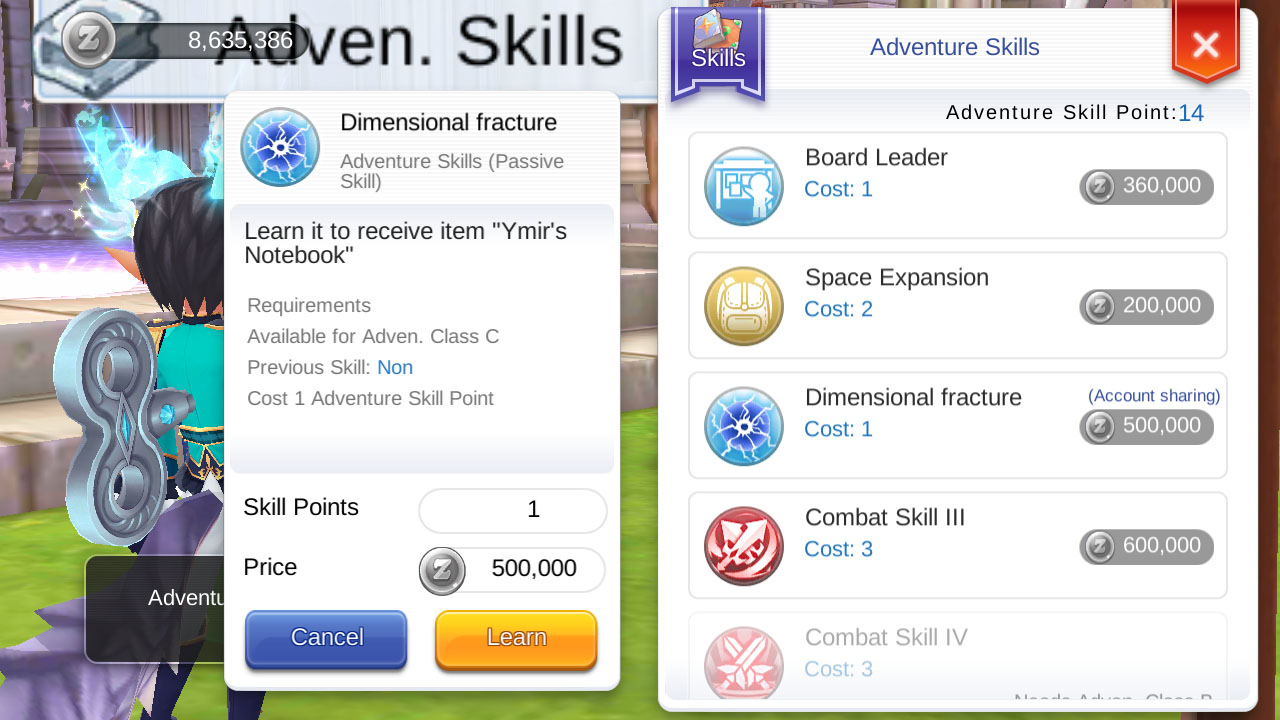 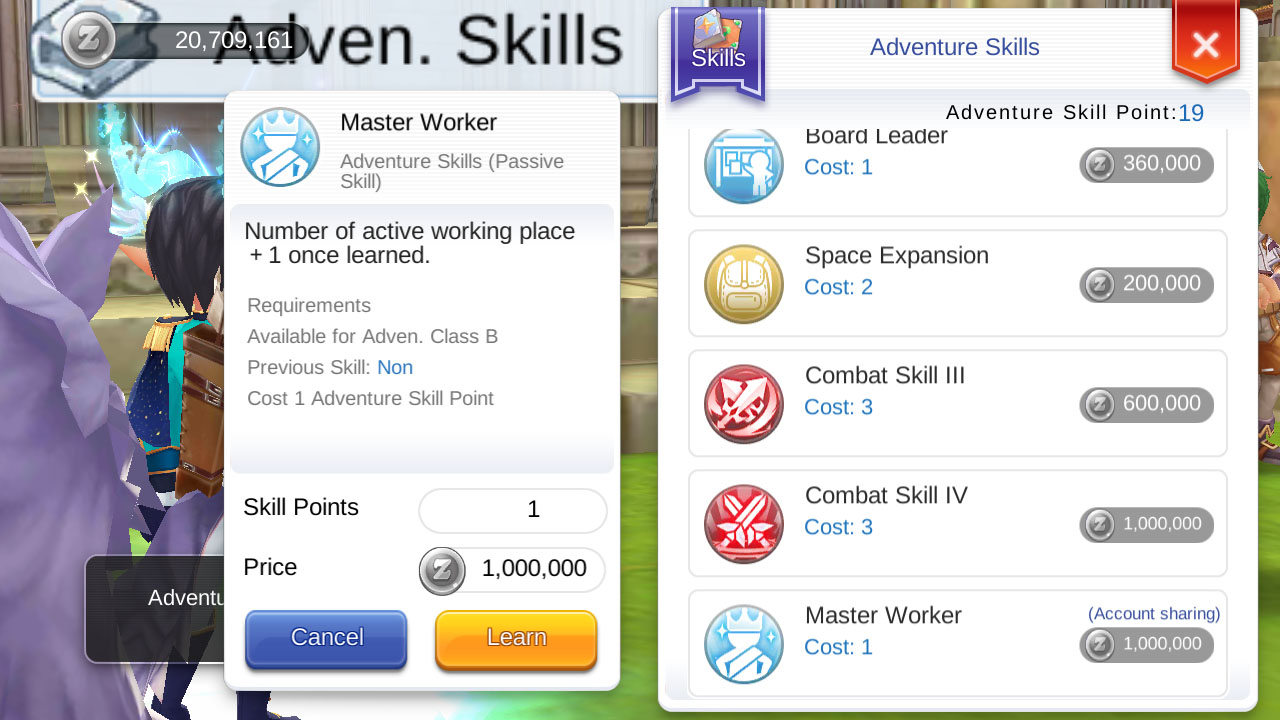 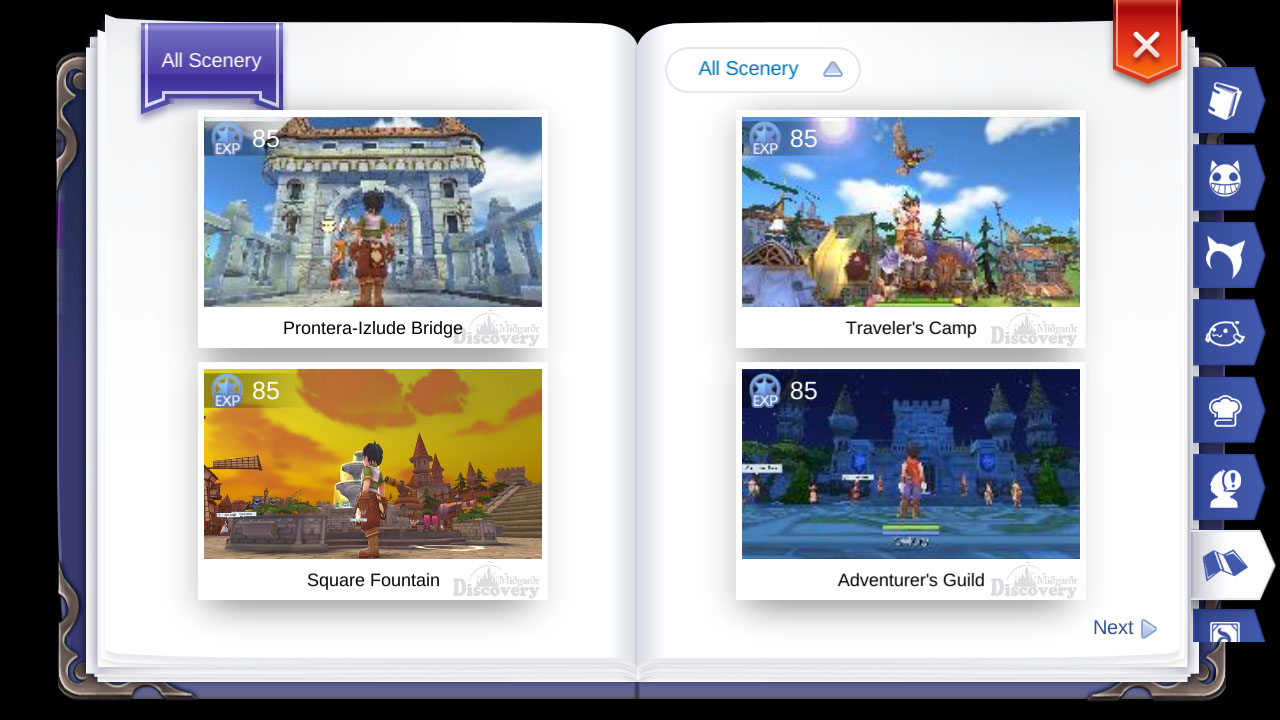