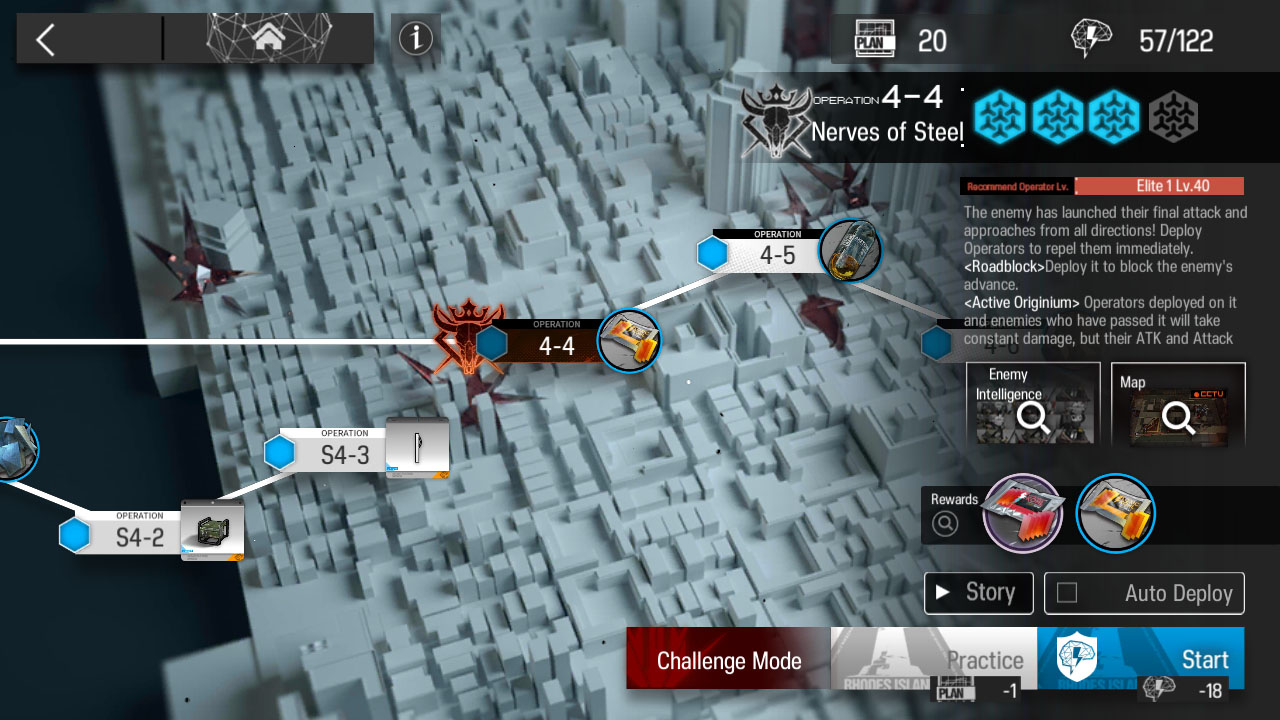 Arknights 4-4 is a main story boss battle found in Episode 4. The key is to make use of Roadblocks and the Active Originum tiles to deal damage over time to enemies.

Recommended Operator Elite 1 Lv. 40 (Excluding Shaw which can be Lv 1).

Stage 4-4 is unique in the sense that it can be done with just a Level 1 Shaw with Rank 4 Skill. However in this example we’re going to use additional units for a faster clear.

Place down your Roadblock pieces (1) – (6) as above. Enemies stepping on the Active Originum spaces will take damage over time. This will take care of all the Soldiers before they can reach the end of the path.

While you wait for Crownslayer to die you can deploy your Healers in positions (F) and (G) both facing down.

After Crownslayer dies you can remove Shaw that was in position (E) and deploy your second Defender in position (H) facing right.

At around 55 Kills a Veteran Logger will approach your left hand side Defender.

Before it reaches position (X):

Two Sarkaz Crossbowman will approach your left hand side defender.

Before they reach position (1):

This is mainly to prevent the upper Veteran Logger from reaching your Defender.

What if my Ranged Operators die?
The Sarkaz Crossbowman enemies may take a few down. But don’t worry as you won’t be needing them.

The damage from the Active Originum tiles will finish the remaining enemies. 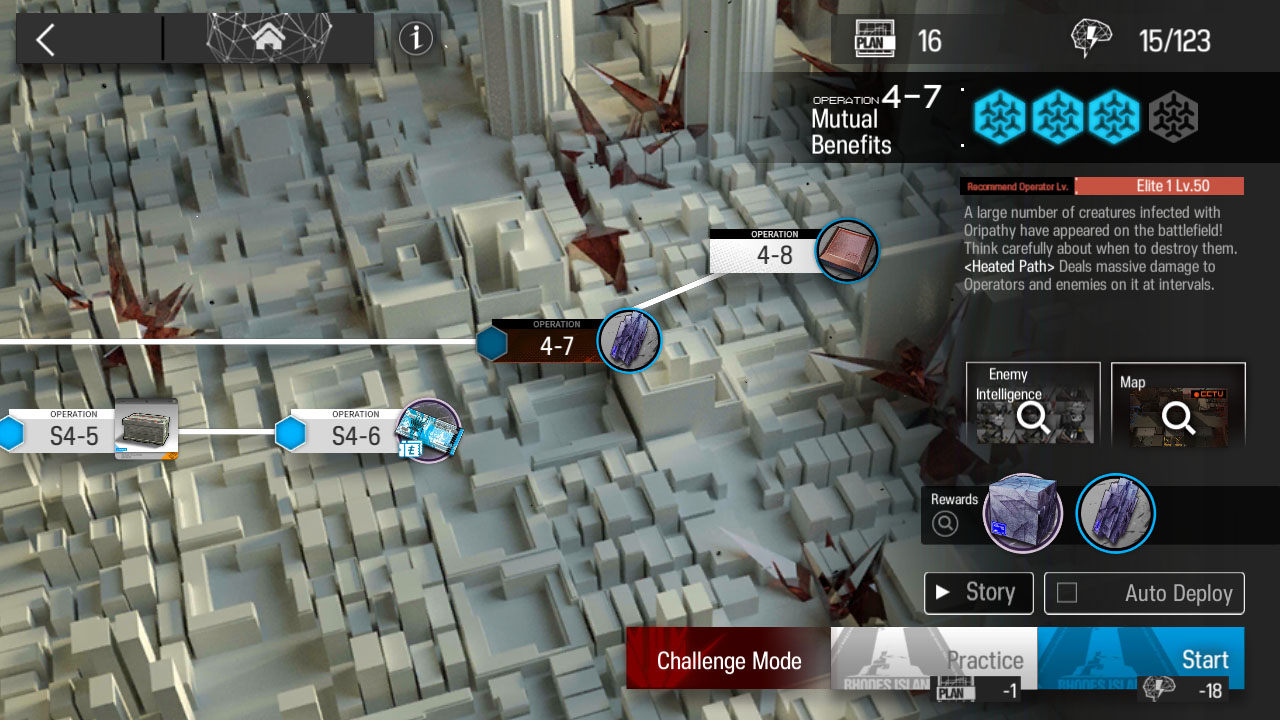 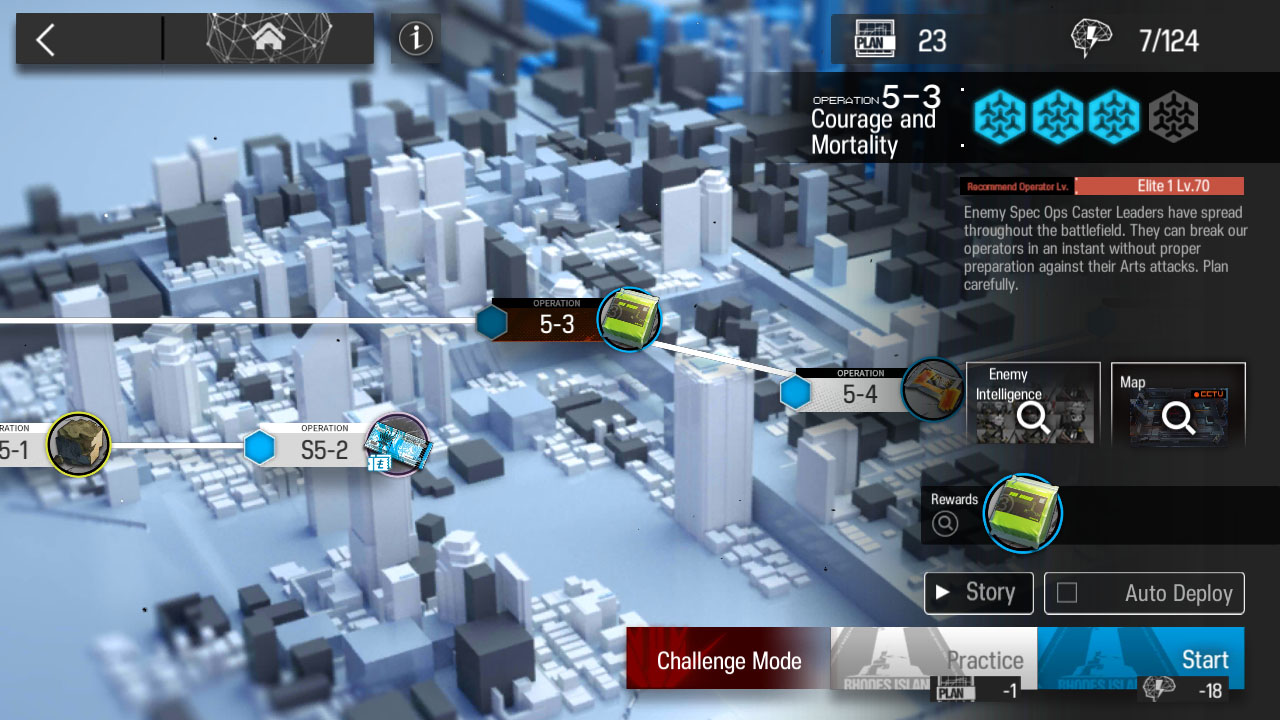 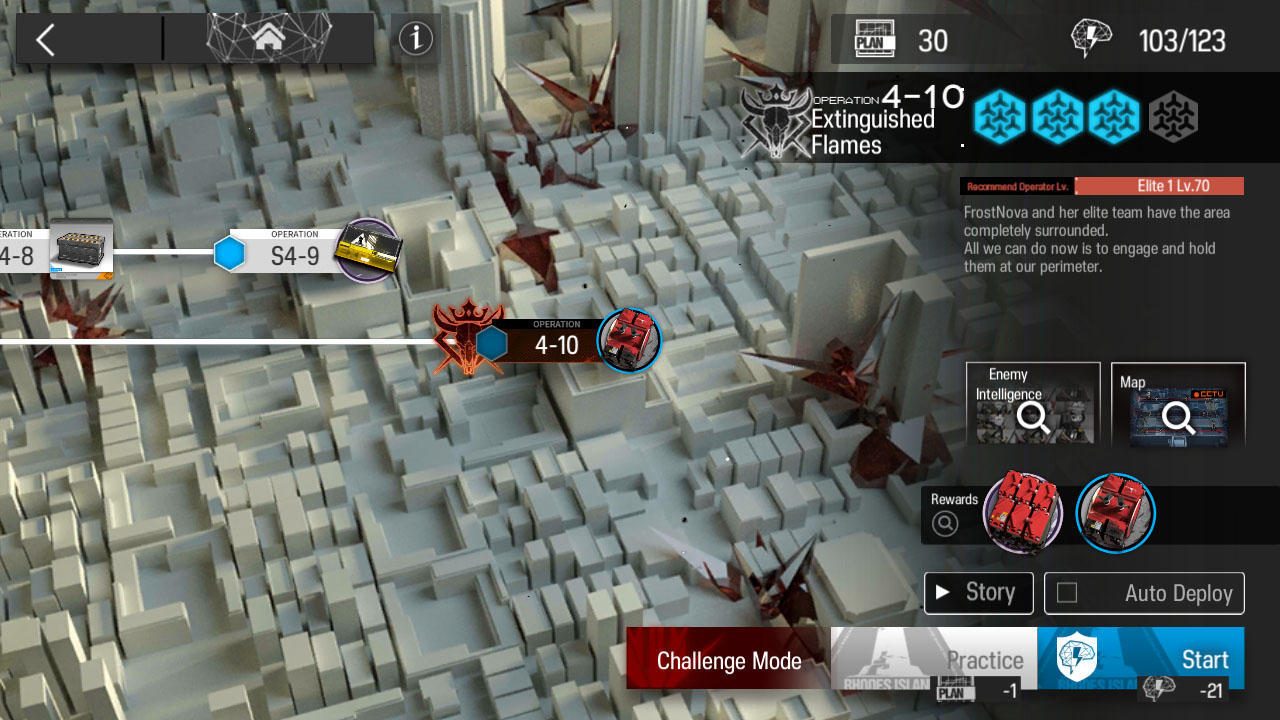 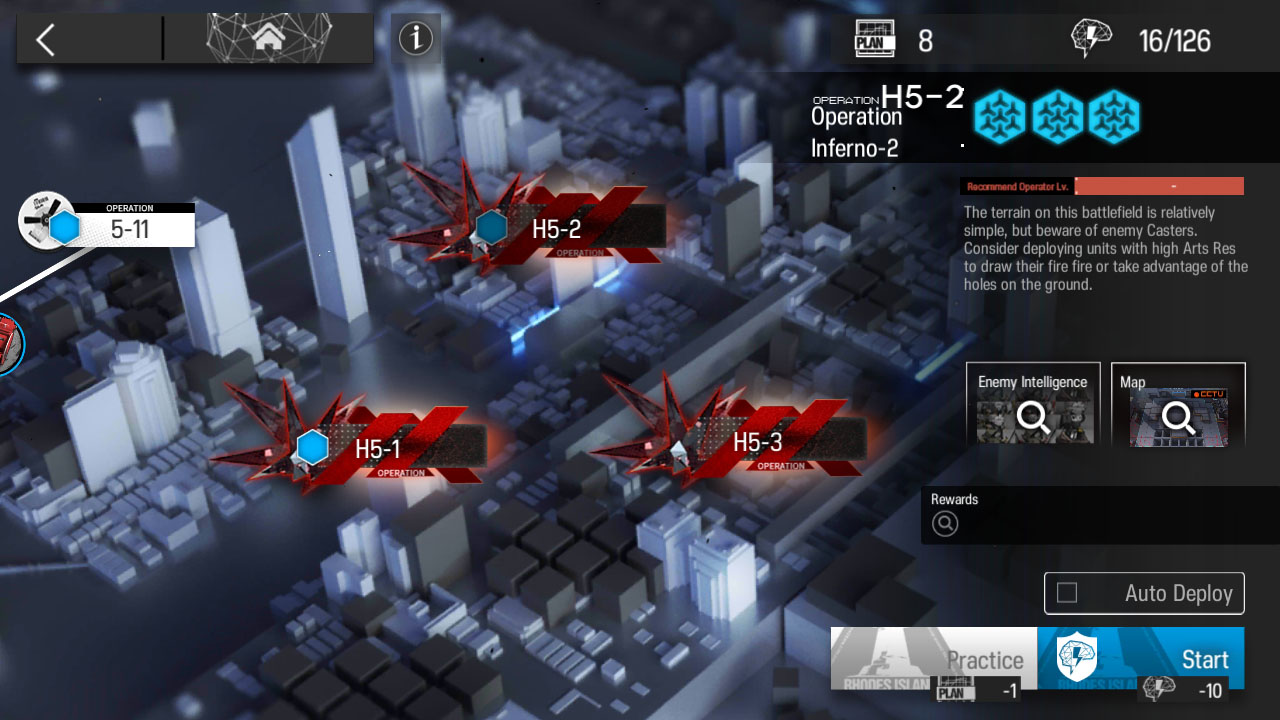 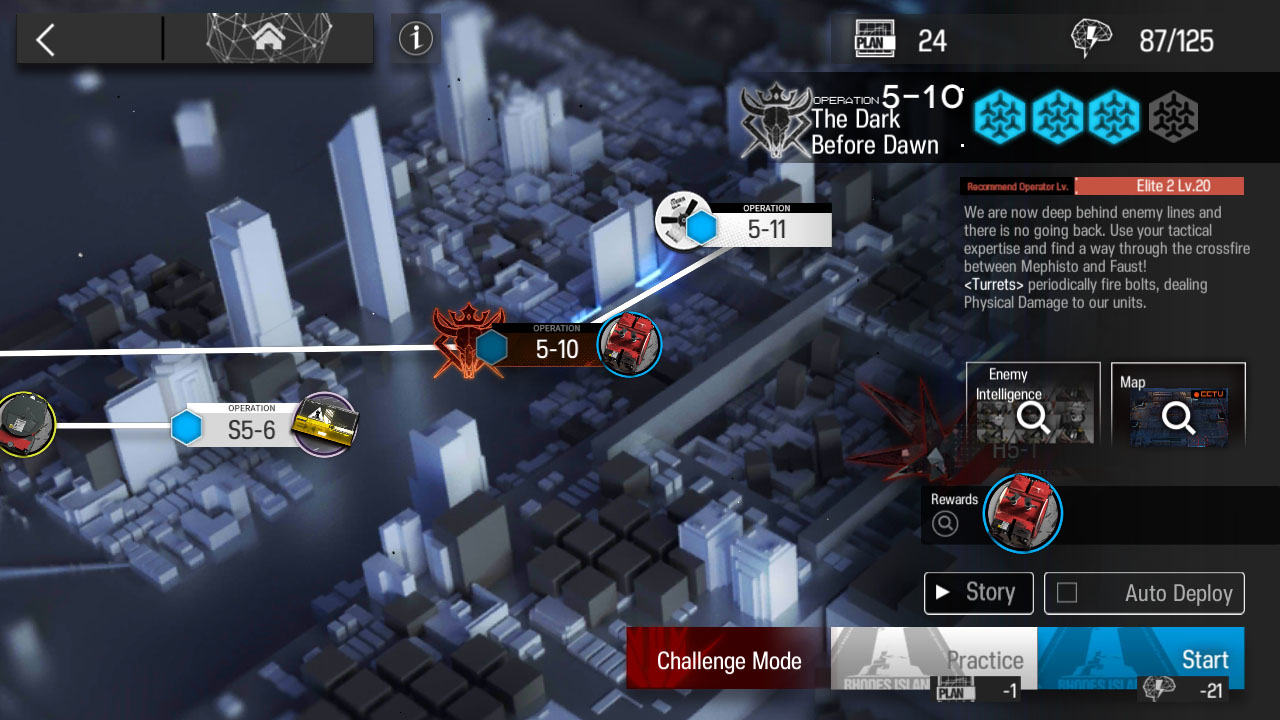 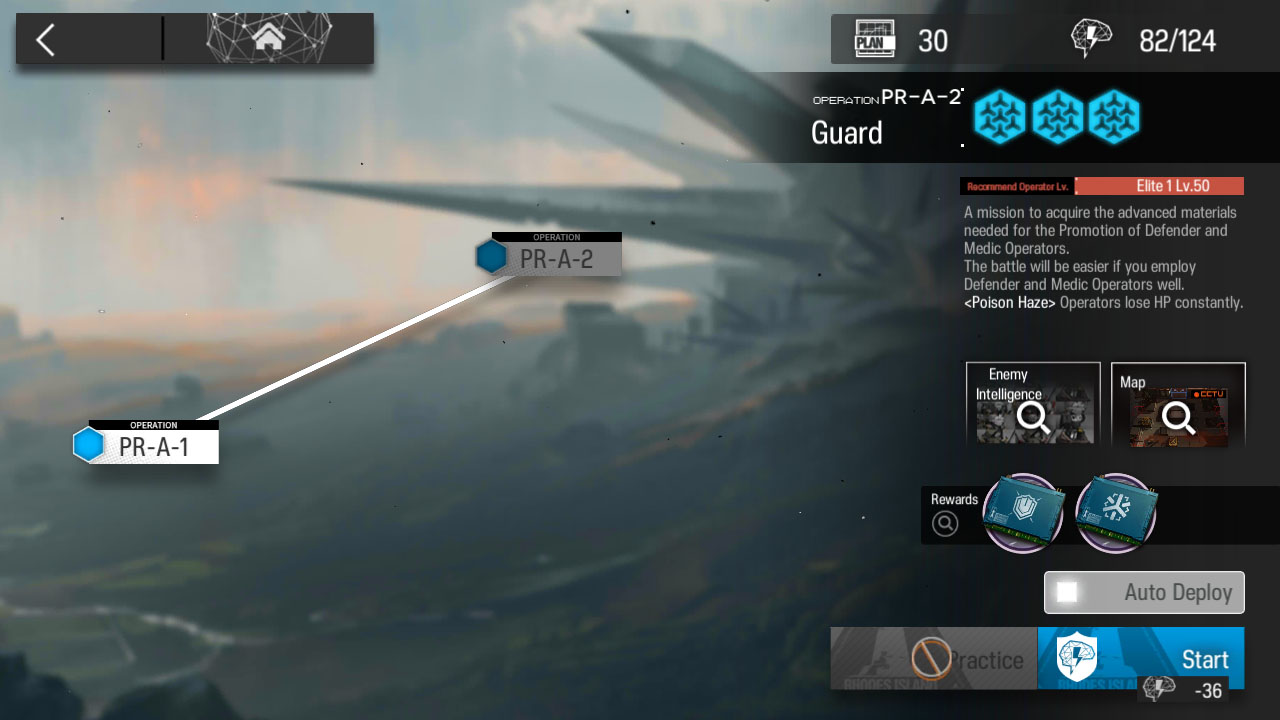