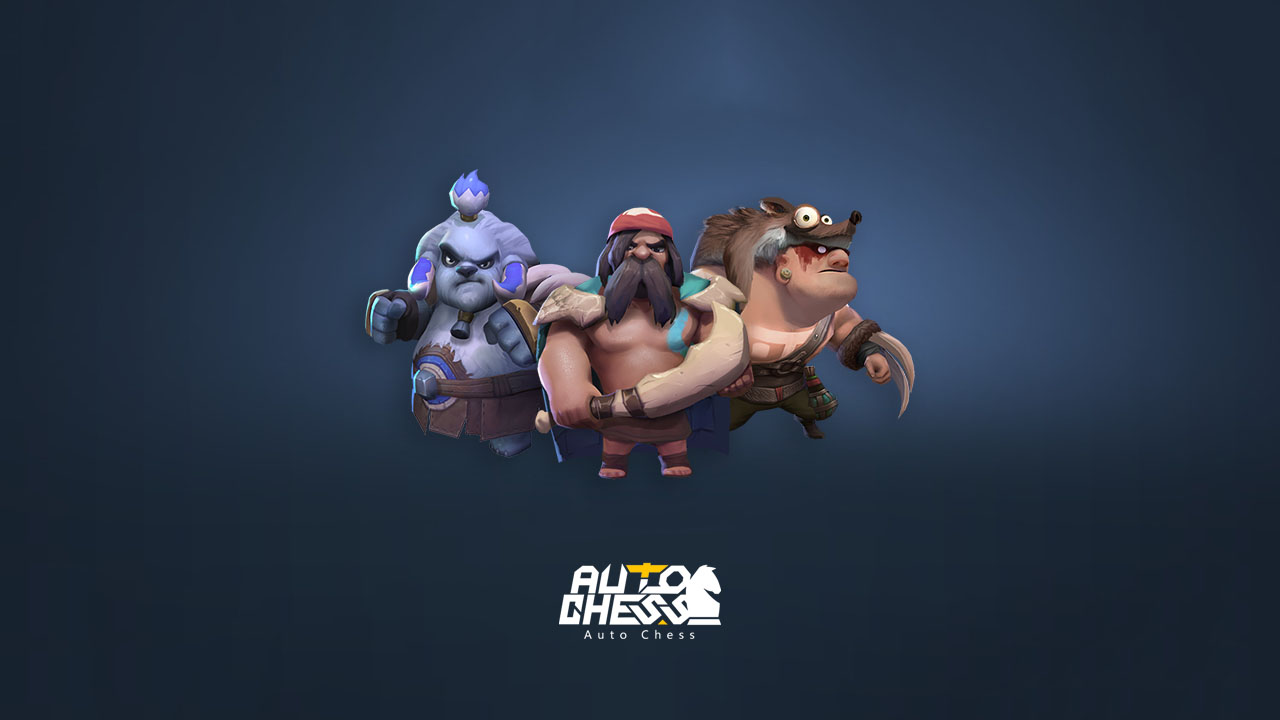 Looking for a front line for your Auto Chess Mobile (Drodo) build? Stay flexible by adding the Holy Trinity to your list of synergy combos.

In this post, I’ll be focusing on three chess pieces. We’ll discuss their weaknesses and strengths, how best to position these units, when to include them into your builds, as well as give a basic overview of other pieces that can similarly fill this piece’s roll. We’ll be examining these units individually and as a group of three.

Today I’ll be sharing my insight on what I call “The Holy Trinity”. These units are Tusk Champion, Werewolf, and Pirate Captain.

As always, we’ll begin with the basics. Tusk Champion, Werewolf, and Pirate Captain are three units that work particularly well together because of their synergies. Tusk Champion + Werewolf gives the 2 Beast Synergy (all of your units have +10% attack damage). Werewolf + Pirate Captain gives the 2 Human Synergy (all of your humans have a 20% chance to silence people they auto attack every hit). Three of them together give the 3 Warrior Synergy to one another (+6 armor to all warriors).

Let’s quickly examine them as individual units without their synergies:

Tusk Champion can be acquired early, has good HP for a 1-star front liner (same as Warpwood Sage, Stone Spirit, God of War, and Fish Guard – the only 1-star unit with more hp is Sky Breaker). His dps isn’t anything special. His shoryuken uppercut has a 1 second airborn/stun time. This is less than Stone Spirit’s toss, but it does more damage, and keeps the enemy right in front of him (which is a good thing most of the time). It also has a lower cool down than Stone Spirit’s toss. All in all, Tusk Champion is a fine average unit, and I like to use him as a measuring tool to judge other pieces.

Werewolf is a great tank. Though his HP looks about average, his ability increases his HP in addition to summoning two wolves. His effective 1-star HP is 900 (plus the HP of the two wolves) and his effective 2 star HP is 1950. This is higher than a 2-star Pirate Captain. The wolves act as assassins. Though they don’t deal too much damage, they can cause otherwise devastating Pirate Ships, Wind Ranger Lasers, and Tortola’s deadly Energy Croissants to fly wildly off target. Werewolf has below average DPS for his cost, but he makes up for it by fielding those extra bodies, and being extra chewy.

Pirate Captain is one of the best tanks in the game with his raw stats + ability (other contenders would include Doom, Hell Knight, Sky Breaker, Ripper, and of course God of War). Out of all the units that have 10 base armor, the only unit with more base HP than Pirate Captain is Devastator. I don’t need to say much about the Pirate ship – when it hits, it hits hard. When it be-lines towards the lone soul breaker in the corner, it’s about 4 seconds of shame, followed by a 1.5 second stun.

The Holy Trinity’s only power spike is when you complete it. Having just two members is underwhelming, but as soon as you get the third (and get them all to 2 star), you’ve got a decent front line. These three units, when positioned correctly, can hold back an entire team’s front line for long enough for all of your damage dealers to carry you to victory.

And that’s where their real strength comes into play: positioning. If you stick with the Holy Trinity and get used to them, you can use them as a “shortcut” to getting better at positioning and adapting your formation. All you need to do is keep in mind where the enemy units are that you want to silence (or actually scout it out if you have the APM to do it), and put your Werewolf and Pirate captain in those spots. These three can cover a lot of area and protect your whole team if you use a corner formation.

Adjacently Lined Up
The two on the outside will take the most damage (those will usually be Werewolf and Pirate, unless you need to line them up differently to silence a specific target). Their zone of engagement is 5 tiles wide (or four tiles wide if they’re snug in the corner formation), leaving room on the side for enemies to slip through.

With a Space Between Each Piece
In this position they’ll all be tanking 2-3 units. But their engagement zone (the area they’ll stop non-assassins from getting by) will be 7 tiles long, and even then, nobody will slip by the open tile unless you’ve got a split formation.

Split Formation
This is something I’d only ever do against gods or occasionally mages – and usually only when I’m playing Hunters, put Tusk and Pirate on one side with half the team (at least one Auto attack carry unit), and put Werewolf and the rest of the team on the other side. If Pirate’s got all of your tank items, then he should be on the solo side.

Speaking of items, here’s how it goes: all three of these units are front line tanks. Werewolf has the most effective HP, so every point of armor and MR that you have to give will go further on Werewolf than on the other two. HP items even moreso (since he gets a %increase in health when he transforms).

Ring of Regen can go on any of them (it’s best on werewolf, but not if it is going to prevent him from equipping something that gives him armor, MR, or more HP). Ring of Life I’ll usually put on Pirate Captain or on a different unit that can make good use of an Orb of Refresh. I won’t usually give any of these gentlemen a mana generation item (I think Redaxe Chief and maybe Doom are the only front liners that it’s actually worth putting those on) unless it’s an entire Orb of Refresh going on Pirate Captain.

These three fit into any comp with the exception of Divine (we’ve got racial synergies up the wazoo), Feathered, and Full Knight. They do especially well as the front line for Mages and Hunters – getting the 4 Human synergy with Mages, and extra damage for Pirate’s ship (which deals a nice chunk of AOE magic damage), while in the Hunter Comp they serve as a damage buff (Rank 2 Dwarven Sniper with 6 Hunter synergy has 225 Attack damage (ignoring items) for a DPS of 203 (rounded up). With the Beast buff, that attack damage is 248, giving him a DPS of 223. Not to mention the rest of the hunters.

If you’re in the early game and can’t find your Werewolf or Pirate Captain, you can temporarily fill those slots with units like Fish Guard and Stone Spirit (getting that Warrior Synergy early on is pretty strong), but it’s important to realize that the earlier in the game, the more valuable “lone gunman” units are, even if they don’t contribute to your synergies.

Finally, I’ll leave you with a little bit more food for thought. Earlier I said that using the Holy Trinity is like a shortcut to getting better at positioning. To explain what I mean more, I’ll have to tell you some advice that applies to improving chess players.

To help people improve when playing chess (normal chess), it is suggested that they pick one strategy, and stick to it. If you play 50 games, and get 50 different middle games, it’s going to be difficult to build a foundation of knowledge to improve upon. If you play the same strategy 50 times and get the same middle game 50 times, you’ll build a strong foundation of understanding the best way to play middle games with those features.

In Auto Chess, it’s not advisable to try to force the same build every game. But getting these same three front line units to act as your front line (even temporarily, like if you’re playing Goblin/Mech, and haven’t gotten your 6 goblin bonus yet) will get you used to their power relative to enemy compositions, and focusing on using them properly will build a strong foundation upon which you can hone your skills (and your positioning in particular). 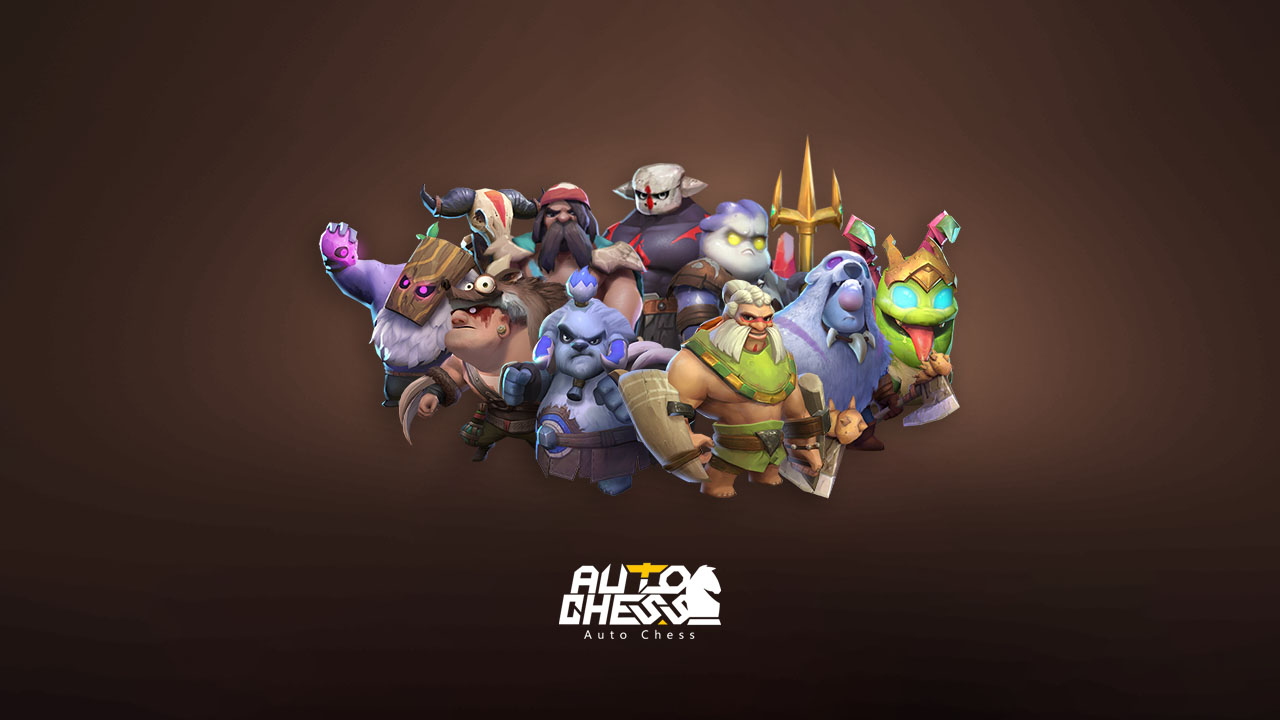 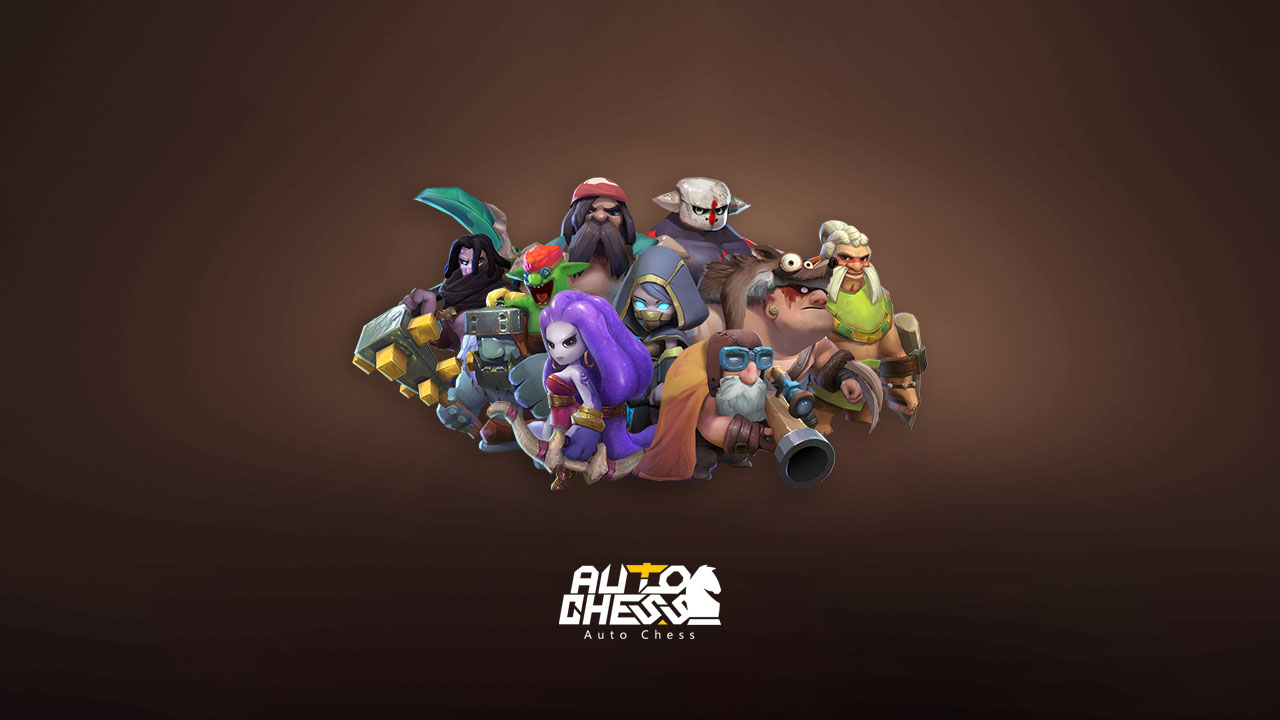 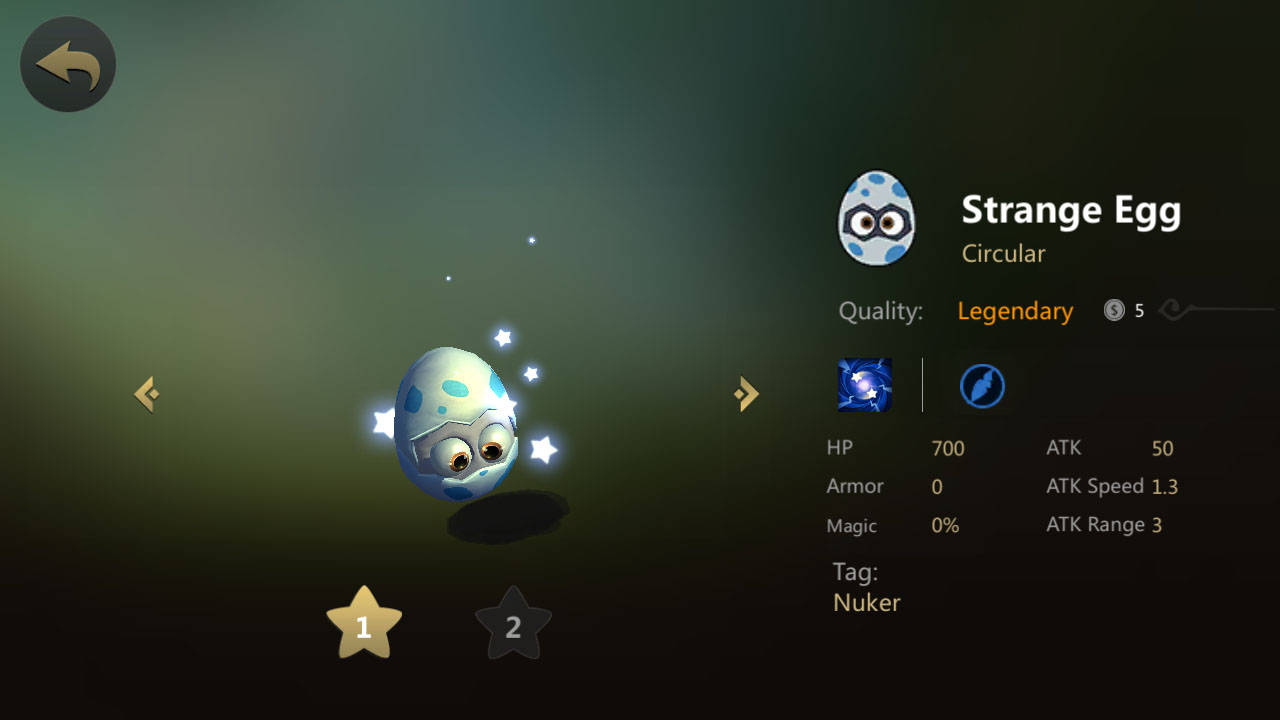 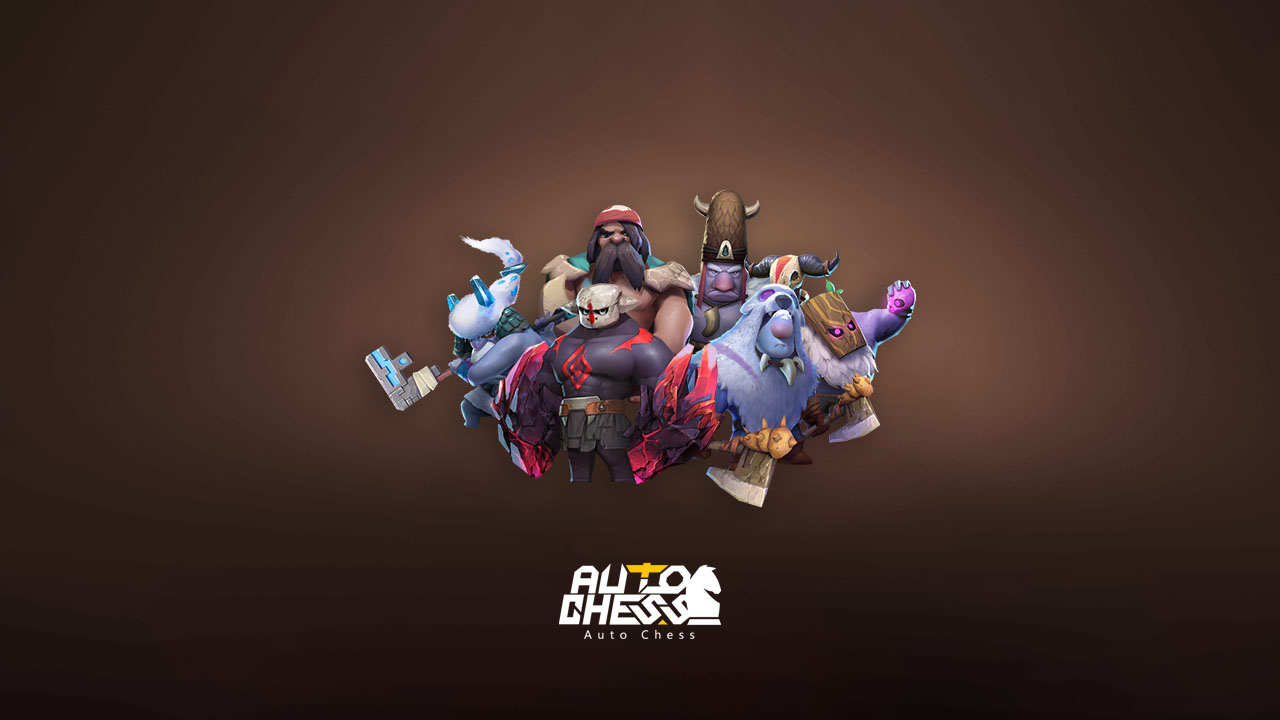 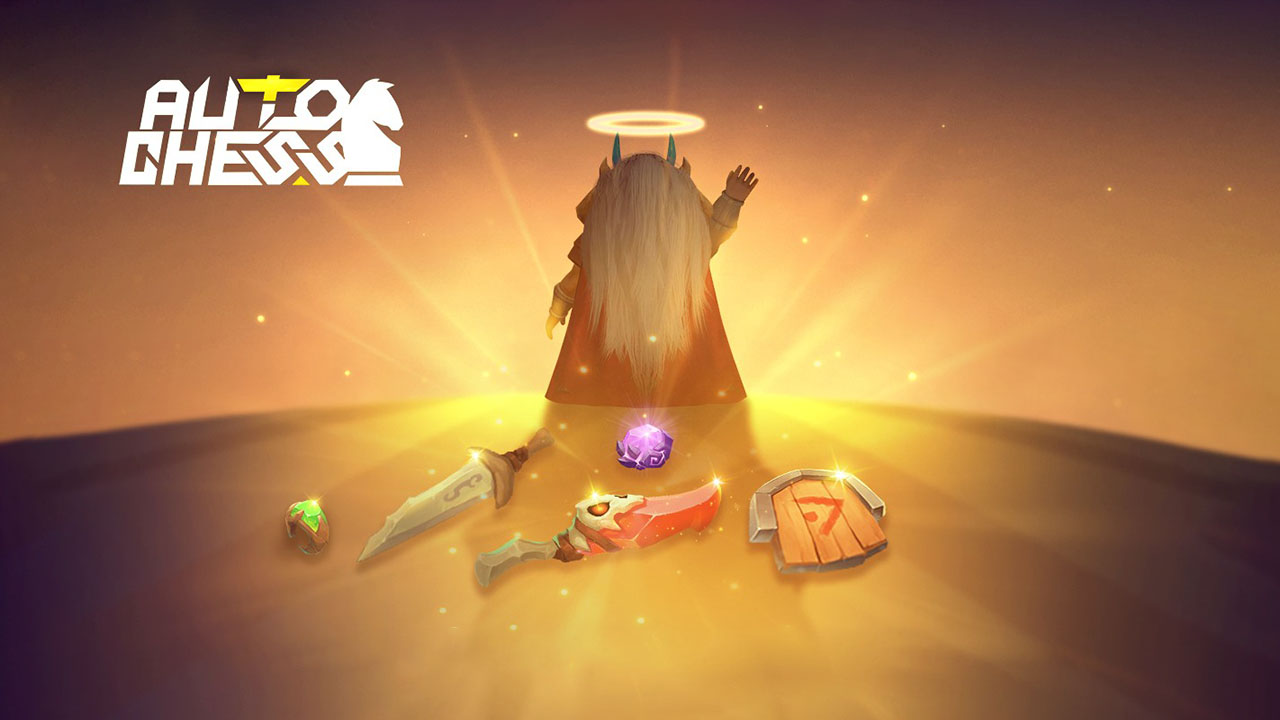 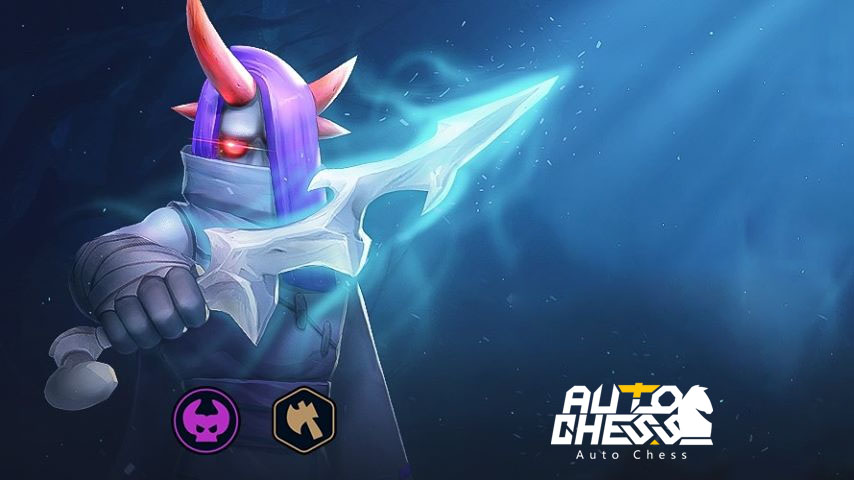